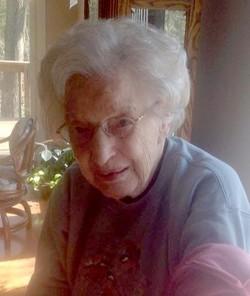 Dorothy got the most enjoyment from playing cribbage, staying at Sandy Pines (especially with her grandchildren), bowling, spending time with her family and helping family and friends. She dedicated many years of service to the VFW Old Kent Post 830, including serving as long-time bar manager, being active in the Ladies’ Auxiliary and planning and hosting activities like the annual children’s Christmas party, Easter egg hunt and Halloween party. Dorothy worked for Stow & Davis/Steelcase for 35 years.

In lieu of flowers, please send donations to Faith Hospice or HOPE Network.

Per Dorothy’s wishes, she has been cremated. Arrangements are entrusted to Michigan Cremation & Funeral Care, Grand Rapids.