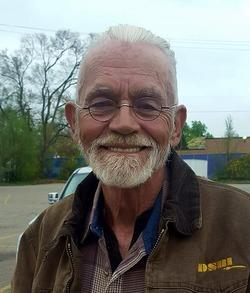 Donald Lynn Yearsovich, age 64, of Wyoming, passed away peacefully on Sunday, July 9, 2017 surrounded by his children and their spouses. The son of Alex & Hazel (Yost) Yearsovich he was born on March 13, 1953, in the hills of West Virginia. As a baby, he moved with his family to Michigan, and would call Wyoming, MI his home.

In his youth, Don played baseball and football, and set records on the track team. He graduated from Godwin Heights High School in 1973.

The man loved to wrench and work with his hands on anything from cars and trucks, to bicycles. At the age of 16, he got his first job at a car wash, and worked hard for the rest of his life. No job was too big for him when the opportunity presented itself. He could out work men half his age. Don took pride in his work as he viewed his integrity as a badge of honor.

Throughout his community, he was known for his love of organizing yard sales. People would stop by for the Labor Day neighborhood yard sale just to talk with him. He was loved by his neighbors, and considered them to be his extended family.

Don enjoyed playing KENO and $1.50 burgers at Brann’s Steakhouse. He loved to hunt while he was able, and continued to fish all the way to the end. He loved fast cars and even faster women as he was also a self-proclaimed ladies’ man.

Don lived life his own way and on his terms. He never had much to give, but he gave everything he had to those in need. He always had an open door to anyone, including the ones that society turned its backs on. Don was a 22 year sober member of Alcoholics Anonymous and served as a sponsor to many over the years. He used his life’s story as a testimony to help others overcome addiction.

Don spent his last days and weeks with his children and grandchildren. His heart was full, as he had everything he had ever wanted.

Prior to Don going home to be with his Lord & Savior Jesus Christ, he was preceded in death by his parents; brothers, Neil, Lloyd and Ralph; and his favorite dog, Rascal (he loved that dog).

Surviving are his children, Jay (Svetlana) Yearsovich, Valerie (Scott) Nieto, and April Yearsovich (Josh); grandchildren, Mason, Karrigan, Lennox, Hunter, and Zacky; sister, Helen (Gilman) Copp; brothers, Dan (Connie) Yearsovich, and Bill (JoAnn) Snoderly; many nieces and nephew; and his beloved dog, Rosie and her new puppies that he was so proud of.

In leu of flowers, due to these unexpected circumstances, the family has requested that donations be made to off-set the funeral expenses.

A memorial service will be at 2:00 p.m. on Saturday, July 15, 2017 at Michigan Cremation & Funeral Care, 3627 Linden Ave. S.E., Grand Rapids (One block west of Eastern Ave.) with a visitation held one hour prior to the service.

To send a message of sympathy to the family, or sign Donald’s online guest book, please visit: www.MichiganCremation.com