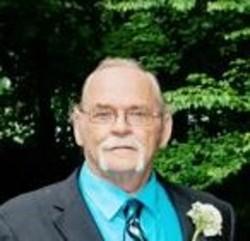 Donald Jay Eding, of Hesperia, passed away on Monday, November 14, 2016 at the age of 65 after a long battle with COPD.

Don was born to Alex and Leona (Gebben) Eding on December 1, 1950 in Holland. He attended and graduated from Hamilton High School. Don married the former Carla Thomas on December 1, 1990, in Georgetown, KY. He was employed at Hart and Cooley in Holland and Saugatuck, as well as Douglas Police Department and Magna-Donnelly in Newaygo.

Celebration of life services are pending and will be announced at a later date. Donations may be made to the family to help assist with funeral expenses.