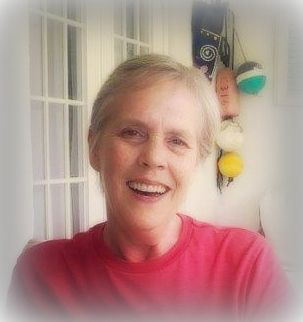 Debbie Kemp, age 62, of Greenville, passed away early Friday morning, February 9, 2018 at her home under the loving care of her family and Spectrum Health Hospice following a short battle with cancer. The daughter of Claude Ernest & Audrey Fae (Thompson)  Aylsworth, she was born on June 17, 1955 in Greenville and was a 1973 graduate of Greenville High School.

Debbie earned her nursing certificate from Montcalm Community College and was a licensed practical nurse since 1974.  She worked in several different areas of nursing, but her passions were the many years she spent in the emergency room, as well as in the operating room as a surgical scrub nurse, at the former United Memorial Hospital.  She wrapped up her nursing career working in the long term care unit at the former Kelsey Hospital in Lakeview and spent many years working as a pharmacy technician at the former Jorgensen's First Choice Pharmacy.

On August 8, 1981, in Greenville, she married William W. Kemp and together they enjoyed almost 37 years of marriage and raised three children.  While Debbie had many joys in life, she found happiness in time spent with her family.

Visitation with the family is from 6-8 p.m. on Monday at Christiansen Cremation & Funeral Care, 511 S. Franklin Street, Greenville, where relatives and friends are invited to celebrate her life at 1:00 p.m. on Tuesday.  Burial at Forest Home Cemetery will take place in the spring.  Instead of flowers, Debbie would have appreciated contributions in her memory to Spectrum Health Hospice.  Envelopes will be available at the funeral home.

To send a message of sympathy to the family, sign Debbie's online guest book, or to share a favorite memory, please visit:  www.ChristiansenCares.com  Arrangements are entrusted to Christiansen Cremation & Funeral Care, Greenville.