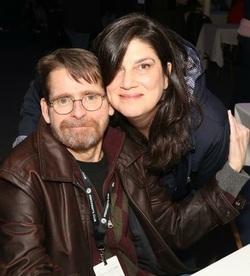 David Warren Moody, Jr., age 51, passed from this world on Wednesday, November 22, 2017 into the care of our Lord. David was ill for some time and fought until the very end, but it was not to be.

He attended Michigan State University and Forest Hills Central High School where he was president of his senior class.  He was an owner and manager of TMC (Telephone Message Center) with his father, Warren, and had other small business ventures over the years. He was a pilot, a licensed boat captain, and an accomplished car racer, taking several titles in club racing.

David often said the bond with grandparents was very important to him and one he cherished and encouraged. Some of his happiest moments were times spent with his grandparents, and not a day went by that he didn’t miss them. His children were the joy of his life, and he loved that they also formed a special bond with their grandparents, Janice and Warren. He was thrilled when he became Grandpa David. He and his wife Therese met in 2006 and were able to love a lifetime in the eleven years they were lucky enough to have together.

Family and friends are welcome to join in a celebration of his life on December 9th from 2:00 – 5:00 p.m. at Noco Provisions, 4609 Cascade Rd. S.E., Grand Rapids. David was a firm believer in organ and tissue donation, and his final wishes were honored through the Gift of Life organization. Donations can be made in his honor to, giftoflifemichigan.org

Honoring his wishes cremation will take place. To send a message of sympathy to the family, sign David’s online guest book, or to share a favorite memory, please visit: www.MichiganCremation.com
Arrangements are entrusted to Michigan Cremation & Funeral Care, Grand Rapids.