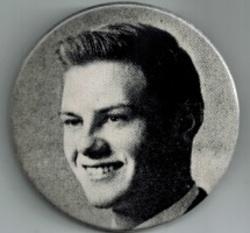 Born in Ballieston, Scotland on June 23, 1936 and passed away on July 4, 2015 at the age of 79. David had the distinct pleasure of crossing the Atlantic Ocean three times before the age of 3, and becoming a naturalized citizen of the United States in the spring of 1955.

David graduated from East Grand Rapids High School in 1954 and attended the University of Michigan. He served with the U.S. Army Medical Corps from 1956 to 1959 with services in various U.S. states and a tour of duty in Korea. He was honorably discharged as a SP4.

David is predeceased by his parents, David and Marjorie Ralston. He is survived by his sister and brother-in-law, James and Beverley Watrous of Rockford; his brother, G. Scott Ralston of Oregon; his children; Gordon G. Ralston of Lowell and James D. Ralston of California. He has three grandchildren; Corbin and Chelsea Ralston of Grand Rapids, and Joseph Ralston of California; a nephew, Jeffrey D. Spratt of Boston, and niece, Kimberly Ownbey of Wichita, KS.

Davie’s primary interests have always revolved around sports, especially in the collegiate arena. His primary devotion was to golf, being a scratch handicapper in his youth while playing in the West Michigan Amateur events.

Dave has been involved in the administration of local amateur golf throughout his life serving as a Director Emeritus and Vice President of the West Michigan Golf Association for over 35 years, and as one of the founders and secretary of the GR Golf Association throughout this time. This organization is responsible for the development and growth of men’s golf in West Michigan.

Cremation has occurred; there will be no formal service. A private remembrance for family and friends will take place on Friday, July 10, 2015 from 5:00 pm to 7:00 pm at the Swan Inn, 5182 Alpine Ave. NW, Comstock Park, Michigan.