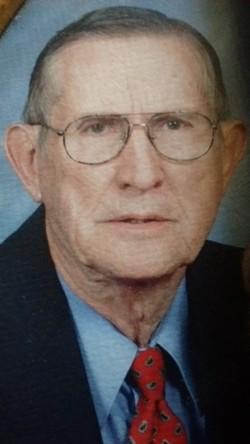 David Wayne Bosscher, of Grand Rapids, at the age of 88, on October 19, 2017, ended his earthly journey peacefully at home.

The son of Jacob & Nellie (Lucas) Bosscher, he was born on December 8, 1928 in Rehoboth, New Mexico.  He was raised in Rehoboth where his father was in charge of Rehoboth Christian School and the students that boarded there. David, the youngest of nine children, attended boarding school at Wasatch Academy, Mt Pleasant, UT. He served his country in the United States Army from 1946 to 1947. He completed his degree in education from Calvin College in 1951 and acquired his Master’s Degree from University of Michigan. David taught at three Christian Schools in Grand
Rapids, MI. Later he worked for the Christian Reformed Home Missions church, supervising the Mission program that was connected with the Native American communities. He ended his working career at Seidman and Seidman accounting Firm.

He married Marilyn Ann Bomers in 1951. They were married for 54 years and richly blessed the lives of three children, their spouses, grandchildren and great-grandchildren. Marilyn passed away in 2005. David lived as a faithful servant of His Lord and Savior. He was very committed to his personal family and his church family. His interests were many. He was especially gifted in woodworking and created many hand-made projects treasured by all.

Thank you to Faith Hospice for the many hours of care provided.

A celebration of his life will be held at 7pm on Monday, October 23, 2017 at Millbrook Christian Reformed
Church, 3661 Poinsettia Ave SE, Grand Rapids, MI 49508. Visitation will be held prior to the service from 5pm-7pm. Donations may be made in memory of David to Zuni Christian School, PO Box 445, Zuni, NM 87327.

Honoring his wishes cremation will take place. To send a message of sympathy to the family, sign David’s online guest book, or to share a favorite memory, please visit: www.MichiganCremation.com