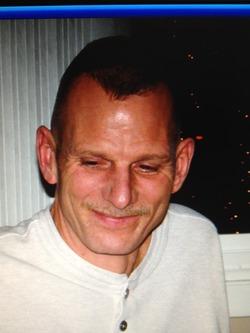 David Allen De Boer, son of the late Robert & Leola (Mulder) De Boer, was born on January 28, 1965 in Grand Rapids. He passed away Sunday, November 20, 2016 after a short, but courageous battle with cancer. He was lovingly cared for throughout his illness by his sister, Benita, and her husband in their home.

David had worked at Harlo Corporation for 27 years. He had a kind heart, and his generosity was felt by many who knew him. David knew the Lord, and passed away peacefully into the arms of his Lord and Savior.

He is survived by his three sons, Dave, Ben, and Bob; his lifelong friend, Tina Rodriguez; He is also survived by five siblings; Henry (Wendy) De Boer, Margaret (Charles) Jones, Sandra De Boer, Benita (David) Mohre and Timothy De Boer; all of whom reside in Michigan.

On behalf of the family, we want to thank the caregivers from Hospice for their care and support during David’s final days. For those wishing, memorial contributions can be made to Spectrum Health Hospice. Honoring his wishes cremation will take place. Arrangements are entrusted to Michigan Cremation & Funeral Care, Grand Rapids.