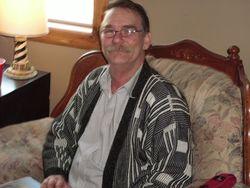 Daniel P. Stewart, age 52, of Wyoming, passed away on Sunday, October 25, 2015 at Metro Health Hospital. The son of David Stewart & Pamela Vaughn, he was born on November 14, 1962 in Port Huron. Daniel has worked as a mechanic for many years and was your all around fix it man. He always had a good attitude and was there for anyone that needed a lending hand. He was preceded in death by his, brother, David E. Stewart Jr.. Surviving are his mother, Pam (George) Vaughn, father, David Stewart, and step mother, Cheryl Versluis; five son’s, Dan, Chris, Mike, DD(Daniel) and Christopher; four stepchildren, Leeann (Chris) Barton, Rickey Oliver II, Melissa (Steve) Vermer and Michelle Issaac; sisters, Jan (Terry) Barrix, Carol (Brian) Bowie and Vicki Vanderploeg; brother, Dustin Stewart; grandmother, Donna Olczak; along with many aunts, uncles, nieces, nephews, and cousins. A memorial gathering will be held from 10:00am- 12:00pm, on Monday, November 2, 2015 at Michigan Cremation & Funeral Care, 3627 Linden Ave. S.E., Grand Rapids, (One block West of Eastern Avenue). Memorial contributions may be made in honor of Daniel to the Jason Kinzler Family First Foundation, (http://kinzlerfoundation.org/donate/) the Stewart family would like to extend a special thank you to the Kinzler Foundation for all of there help. Honoring his wishes, cremation will take place. Arrangements are entrusted to Michigan Cremation & Funeral Care, Grand Rapids