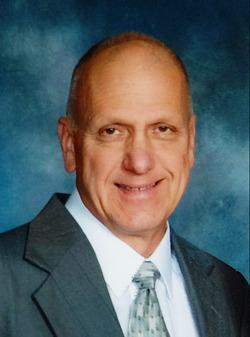 Dr. Daniel Merle Pontius, 76, died August 4, 2019 in Lansing, Michigan. He was born March 17, 1943 in Canton, Ohio, the son of Paul and Martha Pontius. He graduated from Hoover High School in North Canton, Ohio, in the class of 1961 and from Capital University in 1965 receiving a Bachelor of Science degree in biology. He earned his Doctor of Osteopathy degree from the Kansas City College of Osteopathic Medicine in Missouri in 1972. Dr. Pontius completed his internship and surgical residency at Martin Place Hospital in Madison Heights, Michigan. In 1977, he moved to Colorado Springs, Colorado, to join Rocky Mountain Medical Arts as a general surgeon at Eisenhower Hospital. His medical practice continued at Schoolcraft Memorial Hospital in Manistique, Michigan, and at Lawrence County Memorial Hospital in Lawrenceville, Illinois, until his retirement in 2013.

Dr. Pontius was a member of Bethel Lutheran Church in Colorado Springs, Colorado, and served on the Board at Zion Lutheran Church in Manistique, Michigan. He was a lover of all animals, enjoyed snowmobiling and snowmobile racing, and traveling in the motor home with his family. He was an avid sports fan, especially when it came to the Ohio State Buckeyes. Dr. Pontius was very proud of his German heritage and joined the Pontius Family Association to continue to learn about his ancestors and “The Bridge Builder” surname.

Visitation will be held on Monday, September 23 at 10:00 AM followed by a memorial service at 11:00 AM at Peace Lutheran Church, 830 North Cochran, Charlotte, Michigan. All are welcome to attend and celebrate Dr. Pontius’s life. Interment will take place in Canton, Ohio, at a later date. Memorial donations may be made to the Humane Society of the Pikes Peak Region in Colorado Springs, the Eva Burrell Animal Shelter in Manistique, Lawrence County Humane Society in Lawrenceville, Jackson-Madison County Humane Society in Jackson, or Ingham County Animal Shelter in Lansing.