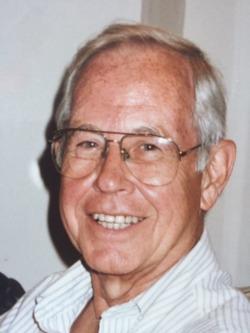 The son of Charles Sr. & Jane (Kuyers) Sedam, he was born on December 30, 1927, in Grand Rapids.  Chuck was a proud U.S. Navy veteran.  After earning his degree in electrical engineering at Michigan State University, he began his career as an aerospace and systems design engineer at Lear, Inc., in 1952.  He eventually received his Master’s Degree from WMU.  “Saint Chuck,” as he was often fondly called, brought joy, love and laughter to the lives of his life-long friends and family.  He was an unfailing son, brother, husband, father, grandfather and friend.

In lieu of flowers memorial contributions can be made to either Fountain Street Church or Planned Parenthood.