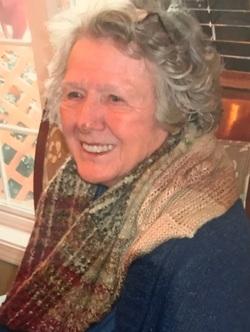 Share
Tweet
Share
Carol Ann (Morton) Nash, age 80, Grand Rapids, passed away peacefully on Saturday, November 17, 2018.  She was born November 5, 1938 in St. Louis, Missouri, to the late Louis and Helen Morton.
Carol graduated from Kirkwood High School in St. Louis.  She worked at Northwestern University as a secretary in the chemistry department.  Carol married E.G. Nash in Evanston, Illinois in 1961 and they moved to Boulder, Colorado and then later to Minneapolis, Minnesota.  They finally settled in Big Rapids, Michigan where she attended Ferris State University and earned her Bachelor’s of Science in Social Service and Gerontology.  She then obtained her Master’s of Arts in Educational Administration from Central Michigan University in Mount Pleasant.  After her degrees Carol was named the grants coordinator for Ferris State University.
She was an avid volunteer for the Big Rapids Community Hospital Auxiliary and The Association of Ferris Women of Ferris State University.  Carol also volunteered for the local library and United Church.  Beyond volunteering, she enjoyed painting and other forms of art.
Carol is survived by her son, Steve (Sharon) Nash; daughter, Joanna Butler; grandchildren, Jacqueline and William Nash, Olivia (Erik) Veker, and Alexander Butler; and many nieces, nephews, and friends.
She was preceded in death by her parents, 2 brothers, and 3 sisters.
Per Carol’s wishes, cremation will take place. A memorial service will be announced at a later date. Honoring her wishes, contributions to Spectrum Health Foundation in Big Rapids would be appreciated.
To send a message of sympathy to the family, sign Carol’s online guest book, or to share a favorite memory, please visit:  www.MichiganCremation.com
Arrangements were entrusted to Michigan Cremation & Funeral Care, Grand Rapids, MI.