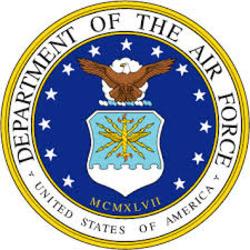 Bob Engler, age 74, of Rockford, he went to be with his Lord on Wednesday, September 13, 2017 at Grand Rapids Home for Veterans.

Bob grew up on Silver Lake and graduated from Rockford High School in 1961.  He entered the U.S. Air Force and served four years during the Vietnam War.  He worked for the Air Force as a civilian electronics and navigation technician in Southern California and attended college in Victorville California.  Bob moved to San Jose California and attended San Jose State University as an Engineering major.  He worked for the company Four Phase Systems for many years as an engineering manager.  Bob was an avid sportsman enjoying scuba diving, hunting, fishing, and boating.

Bob moved back to Michigan in 2011 with the assistance of his niece Katrina Redlich, nephew Michael Redlich and his brother Donn Engler.  Bob was known as a kind and caring person. He passed away due to complications of Dementia.  Bob will be missed by all who knew him!

Bob was preceded in death by his parents of Rockford; Surviving is his brother, Donn (Susanne) Engler.

A memorial service with full military honors will be at 1:00 p.m. on Thursday, September 21, 2017 at Grand Rapids Home for Veterans, 3000 Monroe Ave NE, Grand Rapids with a visitation one hour prior.

A private burial will take place at a later date.

Honoring his wishes cremation will take place.To send a message of sympathy to the family, sign Bob’s online guest book, or to share a favorite memory, please visit: www.MichiganCremation.com