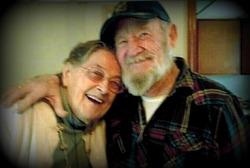 Billy Gene Anderson, age 84, of Grand Rapids, passed away Friday, November 25, 2016 at home under the loving care of his family and Spectrum Health Hospice.

The son of Jesse D. & Rosa Mabel (Williams) Anderson, he was born on October 12, 1932 in Columbus, Georgia, and had been the owner of his own lawn care business for many years.

On June 8, 1974, in Grand Rapids, he married Doris June Yahne and together they enjoyed 42 years of marriage. He was preceded in death by his parents; one sister, Christine Weed; a son, Russell Collard; a daughter-in-law, Donna Vesota; and two grandchildren.

Honoring Billy’s wishes, cremation has taken place and a celebration of his life is being planned for a later date. The family wishes to express their special thanks to Eddie Vesota, Tasha Haigh, Spectrum Health Hospice, and many other relatives and friends.

Condolences may be sent to the family home. To sign Billy’s online guest book or share a favorite memory, please visit: www.MichiganCremation.com