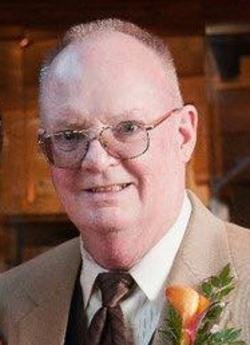 The son of Arthur & Nancy (Bauer) Duwe, he was born on June 11, 1948 in Alma. Chip graduated from Waynesburg Pennsylvania High School in 1966 and then proudly served his country in the U.S. Marine Corps for two years. He graduated from Lake Superior State University, where his father was a professor of biology, in 1974 with a degree in psychology. Chip worked for the State of Michigan for 28 years as a Disability Examiner  until his retirement in 2002. Barb and Chip made their home in Traverse City, until very recently.

Chip will be remembered as a kind and caring husband and father who loved to attend his children’s school and sporting events, and in later years loved spending time with his grandchildren. He was an avid fan of many sports. He was a volunteer at the American Red Cross Northern Michigan where he brought his homemade “Chip’s Chocolates” for those who had donated blood, and was named Blood Services Volunteer of the Year in 2016.

In lieu of flowers memorial contributions can be made in Chip’s name to their local Humane Society or to American Red Cross.

Honoring his wishes, cremation will take place. To send a message of sympathy to the family, sign Arthur’s online guest book, or to share a favorite memory, please visit: www.MichiganCremation.com