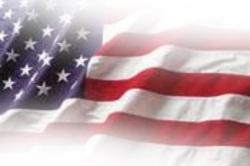 Share
Tweet
Share
Arthur F. Vander Wolde, age 91, of Grandville, passed away on Tuesday, November 24, 2015 at the Grand Rapids Home for Veterans surrounded by family. The son of Claude & Minnie (Tinker) Vander Wolde, he was born on April 4, 1924 in Grand Rapids.
A part of “the greatest generation”, Arthur survived growing up during the Great Depression and helped defeat Nazi Germany and Imperialist Japan. He proudly served his country during World War II in the United States Marine Corps. After returning home, in 1946, where he then married Virginia LaFave. He worked for over 30 years for AMI Entertainment servicing jukeboxes and coin amusements throughout the area. A very talented musician, Arthur was also an avid reader.
He was preceded in death by his parents; and two brothers-in-law, Don Bloemers, and John Stegenga.
Surviving are his loving wife of 69 years, Virginia Vander Wolde; their children, Sharon (Al) Baldrica, Jim (Maurene) Vander Wolde, and Sandra (Charles) Vander Wolde-Rivera; his grandchildren, Kristi, Scott, Connor Mackenzie, and Ryan; and three great grandchildren, Daniella, Ashley and Austin.
Visitation is from 12-1 p.m. on Tuesday, December 1, 2015 at the Grand Rapids Home for Veterans, 3000 Monroe Avenue N.E., Grand Rapids, where funeral services will be held at 1:00 p.m. on Tuesday. Chaplain Bruce Kalish will officiate and full military honors will be rendered by the Kent County Veterans Honor Guard. Private interment will follow in the Grand Rapids Home for Veterans Cemetery.
The family wishes to extend their heartfelt thanks to Hospice of Michigan for their compassion, and to the Grand Rapids Home for Veterans for all their care. Instead of flowers, contributions in Arthur’s memory to Hospice of Michigan (http://www.hom.org/donations/) would be appreciated. Envelopes will be available at the chapel of the Grand Rapids Home for Veterans and at Michigan Cremation & Funeral Care, 3627 Linden Avenue S.E., Grand Rapids.
Arrangements are entrusted to Michigan Cremation & Funeral Care, exclusive providers of Veterans Funeral Care.