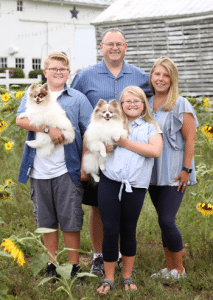 Having begun my career in 1988 at the age of 16, I’ve watched as profit-driven corporations bought up family-owned funeral homes and smaller neighborhood funeral homes sold out to bigger multi-family owned chains often never making any changes to the business... except for raising prices.

The new owners, having to answer to Wall Street stockholders, investment bankers, and silent partners, continued to raise prices to the point where many families couldn’t afford the ceremonies they preferred. As the popularity and acceptance of cremation grew, the new owners just kept increasing prices.

Knowing that funeral and cremation prices had become excessive, in 2002, I purchased my hometown funeral home back from the largest funeral chain in the world. I began reinventing our business by listening to what families were telling me they wanted -- instead of a funeral director telling families what they should do. We made our pricing sensible and easy to understand, and continued to treat our friends and neighbors with dignity and respect regardless of what type of remembrance they planned or how much money they spent.

In 2008 we launched Michigan Cremation & Funeral Care in Grand Rapids, taking our small town caring ways and sensible pricing and created the first of it’s the kind business in the state. By focusing on simple, affordable, and dignified cremation and funeral services, we’ve grown to serve all of West and Central Michigan... from the shores of Lake Michigan to the state capital in Lansing and from the beautiful woodlands of the north to the Cereal City in Battle Creek... and beyond.

We believe that you should be able to pay your respects without spending your life savings. Families should have the freedom to choose the services they want and should never be pressured into paying for things they don’t want or need. It is our mission to simplify the funeral and cremation planning process and make it as easy and stress-free as we can.

Call us day or night if you have just experienced a loss, want to be prepared for a dying family member, or just want to plan your wishes so your family doesn’t have to, just call either of our offices listed on the back of this brochure.

Select a plan that best suits the wishes, needs, and budget of your family. You will discover a wide range of choices that include traditional funerals and ceremonies, celebration of life gatherings, and even simple cremations with or without other services.

Choose the merchandise that compliments your choice of remembrance plan. In this brochure, you’ll find the most popular caskets, grave liners and burial vaults, cremation caskets and alternative containers, and cremation urns and keepsakes in a variety of styles and prices to meet almost any budget.

I invite you to experience our difference and a new approach to funeral and cremation services. While our facilities are fully equipped, licensed, and inspected funeral establishments, you’ll discover that we don’t look, act, or charge like a traditional funeral home. On behalf of my entire family, and our team of professional caregivers, we would be honored to assist you and your family.